Smart toilets for your health

Thanks to technological advances, toilets of the future could be used to monitor your health and Bill Gates' Reinvent the Toilet Challenge could revolutionise off-grid toilets. 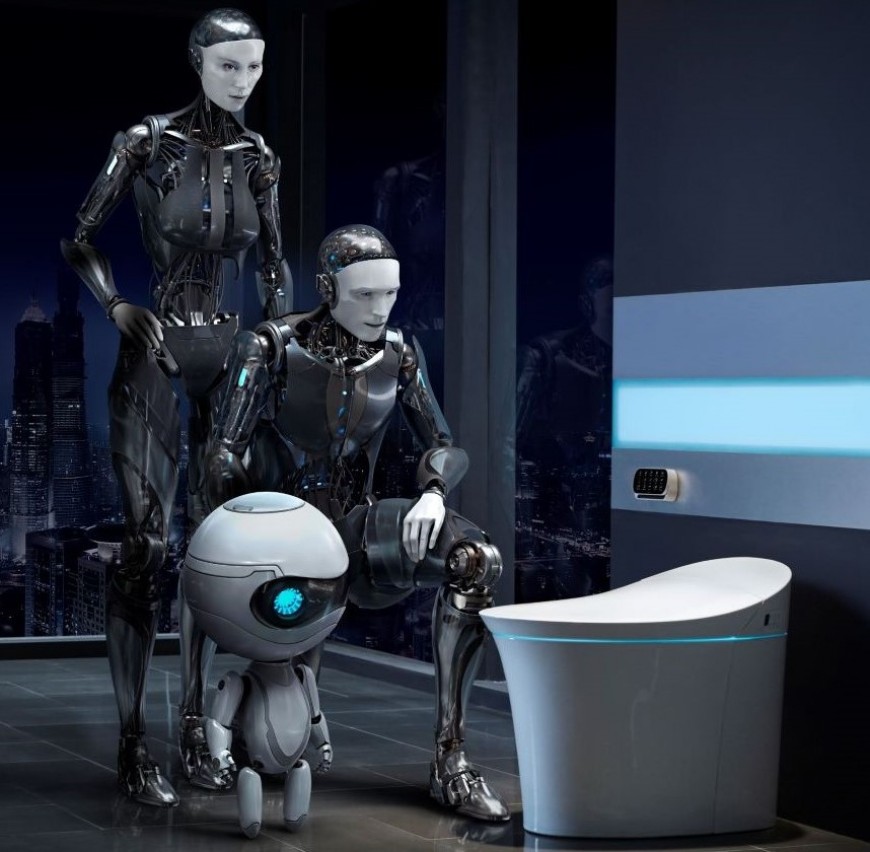 Toilets as a health tool

The health sector has been quick to recognise the benefits smart toilet technologies offer. Hospitals in Japan and elsewhere are already using toilets to check for abnormalities in urine flow that might signal broader health issues, whilst research is underway in Europe into intelligent toilets to assist the elderly and people with disabilities. Possible features include voice-activated, position- adjustable bowls and position sensors.

US-based Sameer Berry, a gastroenterologist-in-training, is enthusiastic about what he dubs ‘the health-tracking toilet’. He sees the potential for toilets to collect vital data that doctors could then use to understand the status of a patient’s day-to-day health outside of the clinic.

“I’d love to see the next generation of medical technologists designing hardware with features to monitor and diagnose gastrointestinal disease,” writes Sameer. “It’s a hard problem for all sorts of reasons, but both doctors and patients could benefit if we figure out a way to stop flushing away some of our most vital health information.”

Sameer cites “gimmicky monitoring” and a lack of robustness around data collection as reasons that early attempts at creating a health-tracking toilet have failed. But he points to promising recent developments by toilet manufacturers Toto and Matsushita (which have developed Wi-Fi-connected toilets that measure body mass index, and the biochemical makeup, flow rate and temperature of urine) and research by home-diagnostics company Inui Health into smartphone-connected urine analysis.

Panasonic is another company that has realised the potential of toilets to be used to monitor health, and in September 2018 released a design that tests urine for blood, protein and other key health indicators, whilst using sensors embedded in its armrests to measure users’ body fat. Different users are differentiated using fingerprint scanning.

“The potential uses of smart toilet technology are almost limitless. They are the ideal place to capture metrics for daily measurement like blood pressure, body fat, and weight without adding work for the patient. And I see a lot of potential in measuring hormone fluctuation with menstrual cycles for family planning, or skin-sensing electrocardiograms,” writes Sameer.

He also points out that, unlike other wearable devices that patients may tire of using, toilets are by necessity used every day and allow for convenient passive and continuous monitoring of personal health data. “And studies have found that patients are getting more comfortable with the idea,” he writes.

There are risks associated with using smart toilets to collect health data, including data privacy and security, ease of use, and the potential for data to cause users unnecessary alarm. Sameer sees research as the answer, both to validate the technology and to “prove that its use helps patients and physicians achieve the health outcomes they find important”.

A team from Rochester Institute of Technology has developed a toilet-seat based cardiovascular monitoring system. Find out more

Bill Gates is another advocate for harnessing the power of toilet technology to improve health — in his case for the estimated 40 percent of the world’s population that lack access to flush toilets, including the one billion people who have no option but to defecate in the open.

In 2011, the Bill & Melinda Gates Foundation (the charitable philanthropic foundation that Bill Gates heads with his wife, Melinda) provided millions of dollars in grants to spur research into innovative toilet technologies that safely and effectively store and capture human waste.

Called the Reinvent the Toilet Challenge, grants were given to 16 researchers around the world to develop new, promising technologies based on fundamental engineering processes.

The initial challenge was subsequently followed by country-specific Reinvent the Toilet Challenges in China and India in 2013 and 2014, with more than $200 million invested in the various challenges over seven years.

Kohler was one of the companies to get involved in the challenge, working with the California Institute of Technology to create a mobile restroom that incorporated its own self-contained sun-powered waste treatment plant. The plant not only treated the waste, but generated hydrogen and electricity at the same time.

Water from the treatment plant was either recycled within the restroom or used for irrigation, whilst the solid waste was converted to fertiliser. The restroom, which cost less than five cents a day to run, like all of the reinvented toilet projects, did not require connection to a sewer or water supply.

The Reinvent the Toilet Challenge culminated in the Reinvented Toilet Expo in Beijing in November 2018. The Bill & Melinda Gates Foundation was joined at the expo by the Chinese and other governments, global innovators, development banks and private-sector players, all of whom committed to the acceleration of the commercialisation and adoption of ‘disruptive sanitation technologies’ worldwide over the next decade.

Companies from around the world displayed sanitation solutions at the expo. The solutions all aimed to eliminate harmful pathogens and convert human waste into by products, such as clean water and fertiliser, without the need for connection to either a sewer or water line. To do this, the toilets incorporate their own small-scale waste treatment plants, known as omniprocessors.

At the expo’s opening session Bill Gates said: “It’s no longer a question of if we can reinvent the toilet and other sanitation systems. It’s a question of how quickly this new category of off-grid solutions will scale.”

Following the expo, 20 reinvented toilet and omniprocessor technologies and products have been made available for licensing and production. Many of these are already considered to meet newly published international standards on the operational requirements for standalone, unconnected-to-sewer sanitation technologies. The standards set targets for safety, processing capability, operational performance and waste by-products aimed at ensuring user safety.

This blog has been adapted from an article  by Sarah Johnson in NZ Plumber magazine, Apr/May 2019 issue.