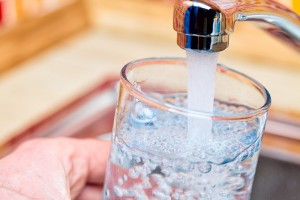 Master Plumbers is telling the Government to stop turning a blind eye to compelling evidence that New Zealanders are being put at serious health risk by drinking water with high levels of lead.

The comments follow the release of a report from the Dunedin City Council into why drinking water in Karitane and Waikouaiti contained elevated levels of lead. Testing showed in some drinking water the level of lead exceeded the allowable level by almost 40 times.

The report findings show clearly that tapware was one of the main causes, with lead leaching from local fittings and pipework determined to be the likely cause of the exceptionally high readings in samples taken at the Waikouaiti Golf Club and Karitane Bowling Club.

Master Plumbers, Gasfitters & Drainlayers CEO Greg Wallace says the fact that the council found tapware was one of the causes of high levels of lead is not surprising. Despite ongoing evidence of this health concern, the Government has failed to take any meaningful action.

“We have told the Government time and time again that the current levels of lead in our drinking water needs to be addressed. New Zealanders deserve to know that the water they are drinking every day isn’t poisoning their family.

“The situation in Otago sadly demonstrates the reality of what high levels of lead in drinking water can cause. Research shows babies and children are the most vulnerable, with exposure potentially leading to serious, irreversible neurological and behavioural effects.

“We are now hearing first hand from a community where parents are reporting their children have suffered from strong stomach pains, nausea and weight loss.”

Greg Wallace says the Dunedin City’s Council report backs up Master Plumbers’ own testing that has repeatedly shown it is possible to buy tapware in New Zealand that has lead at levels that far exceed New Zealand’s drinking-water standard limits of 10 micrograms per litre.

In a random sample conducted this month, Master Plumbers tested five taps purchased online. It found three of the taps contained lead above the allowable limit—with one a massive 11 times over. The World Health Organisation has ruled there is no known safe blood lead concentration for humans.

He says the Government has said it is looking into the issue yet the proposals will not address the issue.

“Minister Poto Williams told the Sunday programme just this month that MBIE won’t be conducting any of its own product testing as part of the new law around building product safety.

“In other words there will be no checks and balances to see if the products are in fact safe. Surely the sensible option is to have a mandatory third-party testing and verification regime for plumbing products to ensure they actually comply.”

“Are we going to end up in a situation where everyone in New Zealand is responsible for testing their own tapware to ensure its safe? It’s the Government’s job to give people peace of mind.”

New Zealand is also falling behind Australia who are taking a much stronger line on lead in tapware, he says.

“The Australians are set to introduce zero-lead tapware and brass plumbing products. New Zealand should also be looking at a zero tolerance to lead in our tapware. It really is a no-brainer.”

He says the Ministry of Health’s answer to the problem is to run a kitchen tap for 30 seconds every morning to get rid of lead dissolved in the water.

“Taking this approach does nothing to address the risk. It might reduce lead contamination risks, it does not remove lead from drinking water.”