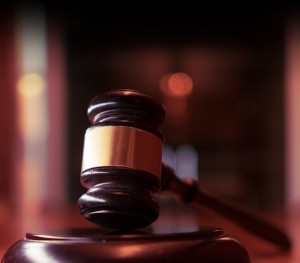 The Ministry of Business, Innovation and Employment (MBIE) has completed its statutory review of the Plumbers, Gasfitters and Drainlayers Act 2006 (the Act).

According to MBIE, the review—which is eight years overdue—has found that “overall the Act is working well” and only minor changes are needed. Proposals include:

Whilst Master Plumbers welcomes the proposed removal of exemptions, it does not agree with the reduction of the number of licensed tradespeople on the Plumbers, Gasfitters, and Drainlayers Board. This is backed by a survey to members in April, which showed that 87% of respondents do not want this change.

“Over and above this, we are extremely disappointed that most of the 26 issues raised in our 2019 submission on the Act Review have gone completely unanswered,” says Master Plumbers CEO Greg Wallace.

“For example, we suggested that higher fines could be levied against non-licensed tradespeople carrying out work and that the revenue collected from these fines be used to help fund prosecutions by the PGDB. In our survey, 95% of respondents agreed this was a good idea.

“We also want to see the ‘fit and proper person’ test applied earlier in the training process, when a trainee is applying for a limited licence. They would then repeat the test when registering as a licensed tradesperson, as currently happens.

“Again, this suggestion is supported by our membership, with 84% of survey respondents wanting to see this happen.”

These are outlined in a report by Sapere Research Group on Self-certification in construction industry trades, which MBIE commissioned in March 2020 and which was publicly released in March 2021.

“The report notes that self-certification could be adopted in an improved regulatory regime, and Master Plumbers will continue to engage with the Government to drive action on the next steps,” says Wallace.

“We believe this should include a self-certification pilot and the development of compliance auditing and monitoring systems to support it, as recommended by the report.”

Next steps
A draft Bill for the proposed changes is expected to be introduced in early 2022. This will then be referred to a Select Committee for review and to seek public feedback on the impacts of the proposals.