About » News » Leaching of metals from household taps—new report 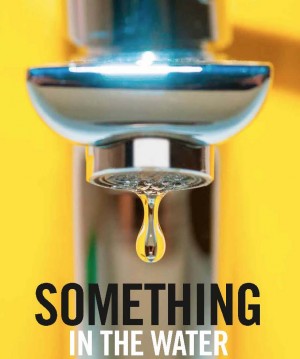 For some time now, Master Plumbers has been highlighting the risks to human health of lead leaching from substandard tapware on sale in New Zealand.

In 2018, Master Plumbers commissioned an independent test of five tapware products sold in New Zealand, which found the level of lead leaching from one product purchased online to be 70 per cent higher than the allowable limit.

The Master Plumbers' study has now been extended through a new joint project, led by Massey University and the Centre for Integrated Biowaste Research (CIBR). The aim of this new study was to quantify the leaching of lead, copper, zinc, nickel and chromium from a range of tap materials commonly found in New Zealand after a stagnation period of between one and 14 days.

For the test, Methven kitchen and bathroom taps certified to tapware Standard AS/NZS 3718 were compared with kitchen and basin taps purchased online and assumed to be non-certified.

Trace metal concentration limits given in the New Zealand Drinking-water Standards were used as a benchmark for assessing potential health significance of metals leaching from the tapware—of which lead is of the most concern to human health, and zinc and copper to the environment.

The 2020 study report, entitled Something in the Water: Investigating the Leaching of Metals from Household Taps, found that household taps are a significant source of drinking water trace metal contamination. It states that the obvious route to eliminate these unnecessary sources would be through the New Zealand Building Code, which doesn't currently specify AS/NZS 3718.

Although the Ministry of Health acknowledges that metals leach from plumbing pipes and fittings in people's homes, the Drinking-water Standards are not legally enforceable, and the Ministry doesn't monitor them. Instead it recommends the public 'flush' a small amount of water from their taps before drawing water for consumption.

However, as the study report notes, whilst people can flush water from their taps before drinking, the leached metals will subsequently go to the wastewater treatment plant and eventually into the wider environment.

The report's authors conclude that buyers need to understand the importance of choosing good quality tapware. "Anecdotal evidence from the plumbing industry suggests that poor quality tapware can sometimes be stamped with AS/NZS 3718:2005 even though it does not comply. This suggests that some form of monitoring may also be required in New Zealand, similar to requirements that exist in Australia."

Master Plumbers, Gasfitters and Drainlayers NZ CEO Greg Wallace agrees. "Master Plumbers has been lobbying MBIE for a mandatory third-party verification scheme similar to WaterMark," he says. "This report back up our concerns that plumbing products are available in the New Zealand supply chain that put public health at risk through lead leaching into drinking water." 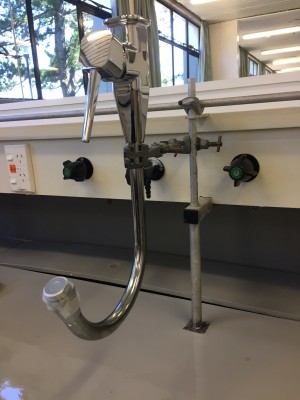 AS/NZS 3718 is not cited in the Building Code, so compliance is voluntary, but a number of reputable tapware suppliers in New Zealand choose to do so.

All tested taps were rinsed to flush out any manufacturing process residues, then filled with double distilled pH 7 water, stoppered and left to stagnate (see diagram below). The water was agitated before sampling, with samples taken at 24, 48 and 72 hours, then five and 14 days to measure metal concentrations. This photograph shows the certified tap set-up. 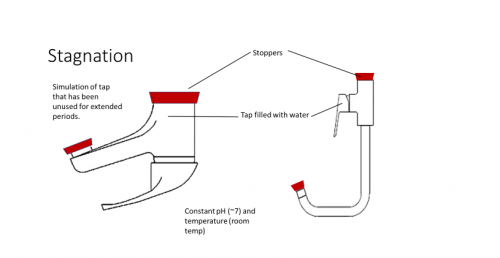 The test results show that non-certified taps in general leach higher concentration of metals. "In some cases, leaching of metals can be far in excess of drinking water limits," notes the report. "For example, the non-certified kitchen tap leached zinc to concentrations 7.5 times the limit after one day of stagnation. Zinc concentrations are significant relative to potential accumulation in sewage effluent or biosolids." 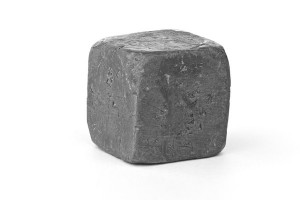 Lead is one of few substances known to cause direct health impacts through drinking water, according to the World Health Organization (WHO).

Several countries have rules in place for products in contact with drinking water and in 2018 the European Commission proposed lowering the lead limit to 5 μg/dL, as it is already in countries such as Sweden and Denmark. The New Zealand Drinking water Standards currently recommend a limit of 10 μg/dL.

The lead concentrations in water from all four taps tested in the study remained below the New Zealand and WHO drinking water standards. However, a significant difference in overall leaching was observed between taps, with the non-certified basin tap consistently higher for lead than the other three.

"Although concentrations were below limits, it may be possible for lead levels to exceed 10 μg/dL within 42 days if leaching continued to increase at the observed rate," the report noted.

A Bill currently before Parliament proposes "significant" changes to the regulation of all building product in New Zealand, according to John Sneyd, General Manager Building Systems Performance at MBIE.

"The Building (Building Products and Methods, Modular Components, and Other Matters) Amendment Bill includes the requirement for manufacturers and suppliers to make a minimum level of information publicly available about the building products they sell," he says.

"It also includes amendments that will significantly strengthen New Zealand's product certification scheme, CodeMark, to provide higher levels of assurance that products will comply with the Building Code. MBIE considers that these changes together will provide similar levels of assurance for plumbing products in New Zealand as the WaterMark scheme does in Australia."

The Bill has now been referred to a select committee, with Master Plumbers having made a submission prior to the consultation closing date of 10 July. "It is worth noting that many of the details of the scheme will be contained in regulations, which MBIE intends to begin public consultation on later this year," says Sneyd.

"Matters such as product testing, enforcement and auditing were discussed in some detail during consultation on policy proposals for the Bill, and are matters which will be under active consideration when the detailed policy work on the regulations begins."

Master Plumbers CEO Greg Wallace says Master Plumbers is pleased that the Government is addressing the issue but says testing is the only way to make a product quality assurance scheme truly effective.

"At least 15-20% of products each year would need to be audited," he says. "Without such auditing, how can it be sure that suppliers are actually meeting the minimum standards?"

MBIE must also enforce compliance, with penalties for suppliers whose products fail such audits, he says.

"Master Plumbers spends up to $20,000 a year reviewing and developing plumbing Standards for MBIE, but if these Standards are not policed, we wonder what real value they have," says Wallace. "In our view, the Australian WaterMark system is the gold standard for plumbing product supplier compliance.

"It is a far more comprehensive and robust approach because all products are required to have third party testing and verification before being sold.

"By citing tapware Standard AS/NZS 3718:2005 in the New Zealand Building Code, it would become mandatory for all tapware suppliers to comply."

This article first appeared in the June-July 2020 edition of NZ Plumber magazine.