About » News » Going for gold

From a reluctant school student to a gold medal-winning plumbing apprentice, Lauren Phillips has an extremely bright future ahead. 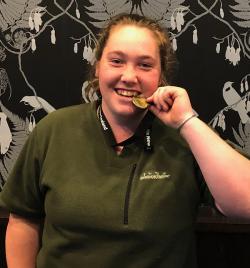 Lauren Phillips knew from a young age that she liked being outdoors and using her hands. “I never wanted to be sitting reading at school, so I chose all the practical subjects, like food technology and woodwork,” she says. “I even learnt sewing to avoid book learning.”

She also loved playing sport and has been part of the Southland representative softball team since she was 12.

When Lauren spotted an advertisement from a local firm looking for a plumbing and gasfitting apprentice, she leapt at the chance. No one else in her family is in the plumbing trade, but she liked the sound of it, as it was manual work and offered plenty of opportunity to be in the great outdoors.

Winton-based Fairbairn Plumbing, run by Marty Fairbairn, does the whole gamut of plumbing, gas and drainage work, so variety was assured. “It’s always been just me and an apprentice,” says Marty. “I was a bit hesitant about taking on a female apprentice at first, but my wife persuaded me to give Lauren a trial.

“I remember the first day she turned up, we were doing a job fixing pipework and I sent her to the van for some fittings. Not only did she come back with exactly the right fittings, but she had fetched the crimpers too. That impressed me, and I offered her the job.”

Marty took Lauren on through the Master Plumbers-owned Masterlink apprentice scheme—and Lauren is very pleased he did. “They sort all my block courses and everything for me. I don’t know how it would work for me otherwise,” she says.

Masterlink mentor Roger Herd visits the company every quarter for Lauren’s regular appraisal. “She has been a great apprentice from day one—switched on, strong and determined,” he says.

Lauren says she and Marty work well together, and it’s great to learn directly from the boss. “We do everything, from new builds, to maintenance and extensions—including rural work like dairy sheds. We even spent three days on a waste and water piping job for the TSS Earnslaw in Queenstown, which was cool.” 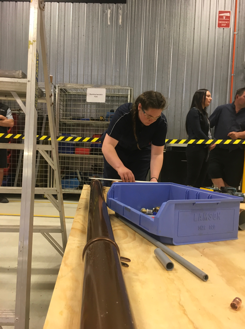 When the WorldSkills New Zealand regionals swung into Southland/Invercargill in April, training provider SIT (Southern Institute of Technology) put Lauren forward for the competition, where she ended up placing first. She then found herself up for the National contest, held at Wintec in Hamilton this October.

“It ran from 1pm on the Tuesday to 12.30pm on the Thursday—a 16-hour practical test,” she recalls. “Our task was one big project to pipe out a bathroom and kitchen to full scale.”

After the competition, all eight finalists’ work was cut out of the walls to be donated to Habitat for Humanity housing.

“Over the course of the competition, we had to complete one water system which had to be successfully pressure tested. If we finished in time, we could start the other water system, so there’d be hot and cold. We had to finish and pressure test this on the last day, as well as putting up and pressure testing the gas pipe.

“Everything had to be done to the millimetre and we were also judged on cleanliness, tidiness, attitude, planning, having our tools set out properly and the correct safety gear.”

Eyes on the prize 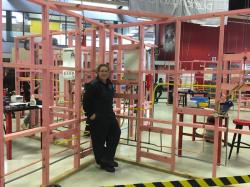 to finish with time to spare on the final day. “The judging took over five hours and we weren’t allowed back in, so we went back to the hostel where we were staying.

At 6.30pm, all the competitors from all the skills categories assembled for the prize giving, with bronze, silver and gold winners being read out. When they called my name as the gold winner for Plumbing and Heating, I just sat there thinking it couldn’t be right. It was only when someone said, ‘That’s you!’, that it sunk in and I went up on stage to get my medal.” 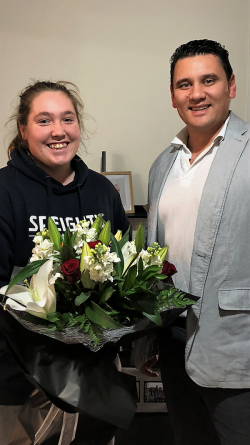 Roger says he had a gut feeling Lauren could go all the way, and he was first to break the news to Marty. “I nearly fell off my ladder with delight,” says her boss. “Lauren’s pretty competitive and likes to give her male counterparts a run for their money, and she’s shaping up well to make a good tradesperson.”

Lauren has also since been named SIT’s Top Second Year Apprentice for 2018.

Lauren is awaiting final confirmation that she will join the team representing New Zealand in Russia at WorldSkills Kazan 2019. This international championship will see more than 60 countries compete for medals in 56 skilled trades and the Kiwis are currently known as the Tool Blacks.

When Lauren started her apprenticeship, she could never have imagined such amazing outcomes. But one thing’s certain—Lauren is moving forward in her career with the full support of her family, Marty, Masterlink and Master Plumbers.

This blog has been adapted from an article in NZ Plumber magazine, December 2018/January 2019 issue.