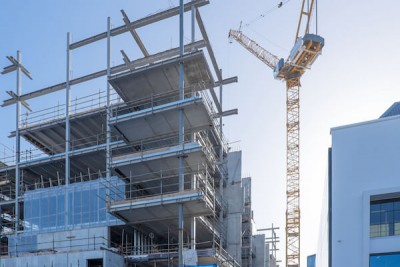 Master Plumbers welcomes greater protection for subcontractors in the event of a construction company’s insolvency under newly announced changes for the Construction Contracts Act (CCA).

The Act enables construction firms to hold a percentage of subcontractors’ payments—‘retentions’ money—until successful completion of the project.

Master Plumbers CEO Greg Wallace says this has resulted in subcontractors losing millions of dollars with the collapse of construction firms such as Mainzeal, Ebert and Hawkins Orange, because retention payments were not properly protected.

"Master Plumbers is very pleased that Building and Construction Minister Jenny Salesa has taken this positive action on behalf of our industry and welcome the passing of this new legislation in coming months.

"It has been a two-year battle for Master Plumbers, working with other industry groups as a member of the Specialist Trade Contractors Federation, to make sure the retentions regime has some teeth."

The changes to the Act include:

Under the Act, subcontractors have always had the right to see proof that their funds are being held properly, says Wallace.

"However, unfortunately, there are some ‘cowboy’ companies in the construction industry who have denied that transparency—often in a belligerent way and with no consequences for their actions."

Whilst Master Plumbers believes the changes are a step in the right direction, it also wants to see retention rates reduced from 10 per cent to one or two per cent.

"Ultimately, we believe the best solution would be for subcontractors not to have to make retention payments at all," says Wallace.

"We would prefer to see strong guarantees built into contracts for remedial work to be carried out if necessary. But this change is a big improvement on the existing situation."